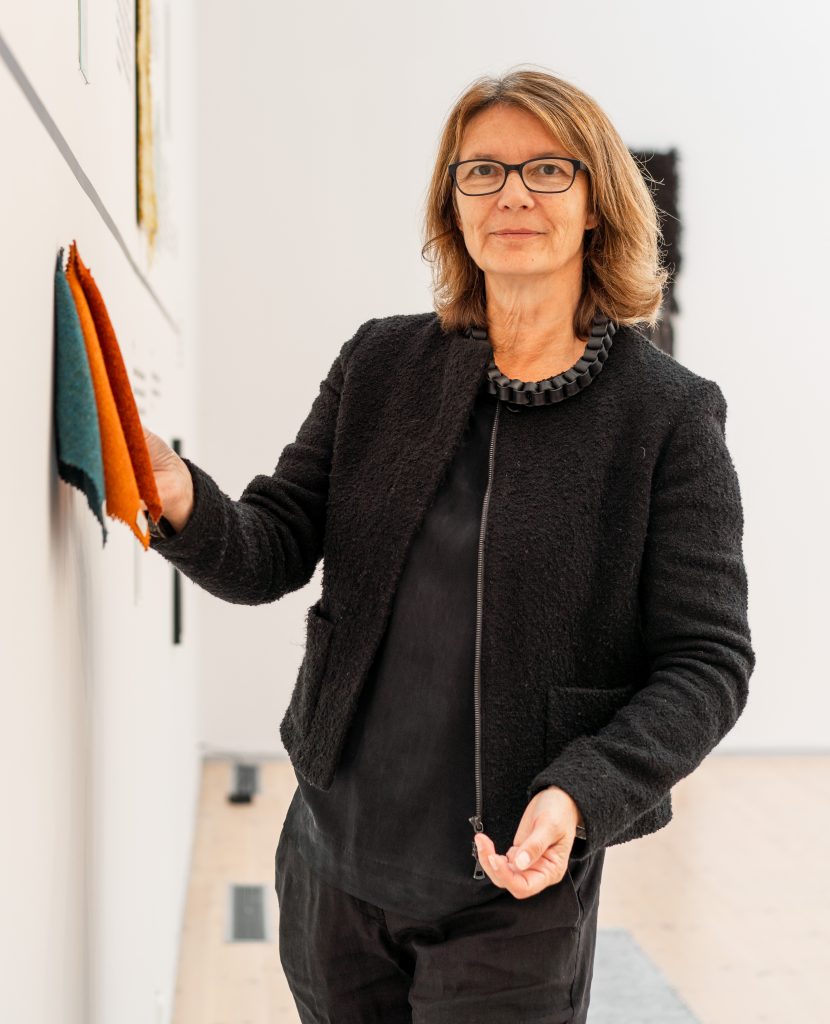 Barbara Hosak is the seventh generation in the textile industry. Her family, which ever since the 1750’s has worked in textile professions such as spinners, weavers, dessinateurs and textile creators, origins from Czechoslovakia, from the region known as Bohemia, which in the 19th century developed into an industrial centre in the Austrian-Hungarian Empire.

When Barbara’s father Hans Hosak grew up in Bohemia, there were 80 weaving mills in an area with 80,000 inhabitants. After the Second World War, thanks to Barbara’s grandfather’s textile and technical expertise, the family was welcomed in Denmark. In addition, the highly educated Hans Hosak’s textile knowledge as dessinateur has resulted in him working in eleven different textile factories in the Czech Republic, Denmark, Norway and Sweden, before starting up Brokmatt Design AB 50 years ago.

In her youth, Barbara worked with and was very fascinated in the textile material. After a couple of years in Germany, working in advertising, she landed on the rugs in Värnamo.

”My vision was to establish a new brand that would represent high quality and design. And that’s what happened! Ever since Kateha was formed in 1998 I have consciously strived to be at the forefront with design, sustainability and quality, which implies a continuous and ongoing development”. Barbara Hosak’s sense of textile runs like the main thread throughout the business.

For Barbara, sustainability, working with natural materials and taking social responsibility, is important when working with the production far away.

”I believe that long-term, mutually successful co-operations are created on the basis of good relations, where ‘soft values’ matters.”